Protecting the environment is a very concerned topic. There were cases of major pollutions connected to ships. What has the maritime industry done to address the issue?

It may not be possible to totally eliminate pollution; the maritime industry is managing to control pollution. 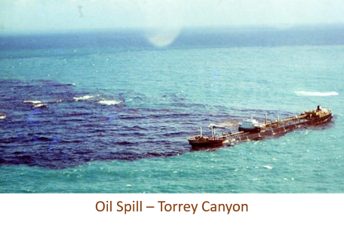 The large scale oil spill near the United Kingdom coast by the tanker Torrey Canyon in 1967 triggered the birth of Marpol. An international conference was called in 1973 to establish the Convention commonly known as Marpol 73. Before Marpol 73 came into force, another major oil spill from the oil tanker Amoco Cardiz occurred in 1978 off France. Marpol 73 was then modified by a protocol in 1978 resulting in the title Marpol 73/78 which eventually came into force in 1983. 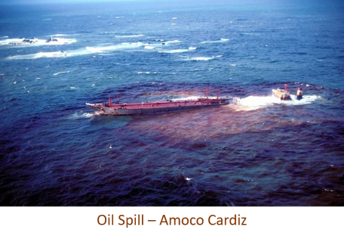 Naturally, the first issue that Marpol dealt with was oil pollution. In the last four decades it extended its scope to cover other aspects. Currently, there are six annexes covering pollution control and prevention for the maritime industry. These annexes are:

Annex I focuses at oil cargo in bulk originates from petroleum including crude oil, refined products such as petrol, kerosene down to asphalt. The Annex specifies the construction, the pollution prevention/control equipment, the operational standard and the certification for the shipment of oil cargoes by oil tanker and the control of oil waste disposal by a general ship. The oily water separator discussed in Episode 2 is a requirement under this Annex.

One might recall the grounding of the super tanker Exxon Valdiz in Alaska. This incident caused amendment in Annex I to require double hull construction of super tankers in an attempt to minimise probability of oil spill in case of grounding or hull damage.

Annex II focuses at noxious (polluting) liquid cargo in bulk. It is closely related to the International Bulk Chemical (IBC) Code that, instead of having its own list of noxious liquid substances, each substance listed in the IBC Code has been assigned a pollution category for the purpose of this Annex.

This Annex specifies the standard for the construction and the operation of tankers carrying noxious liquid cargo in bulk. In particular, the Annex requires the applicable tanker to have an approved Procedures and Arrangement Manual for operational control/prevention of pollution.

Note: A substance subject to control may be both dangerous (flammable, toxic, corrosive) and polluting (e.g. calcium hypochlorite solution), dangerous only (e.g. calcium Nitrate solution (50% or less)) or polluting only (e.g. calcium lignosulphonate solutions). Marpol Annex II deals with pollution prevention whereas IBC Code under SOLAS deals with safety i.e. dangerous properties. However, IBC Code researches fast and more that the IBC code identifies both the dangerous property and the polluting property, if any, of a substance at the same time. Thus, the list of noxious liquid is referred to the IBC Code for consistency.

Annex III focuses at noxious substances (liquid, solid or gas) in packaged form, i.e. contained in packaging such as bottle, drum boxes. However, the International Maritime Dangerous Goods (IMDG) Code under SOLAS would have covered the pollution prevention aspect of packaged goods posing hazards in safety and/or pollution, thus most of the regulatory requirements in this Annex are referred to the IMDG Code for consistency.

Annex IV focuses at sewage disposal. In Episode 1, we discussed sewage treatment plant which is one of the equipment allowed, with conditions, under this Annex for disposal of treated sewage to sea.

Annex V focuses at disposal of garbage to sea. Garbage includes domestic garbage and cargo residue, except liquid cargo wastes whereas Annex I and Annex II would have dealt with. In particular, plastic disposal to sea is prohibited.

Annex VI focuses at control and prevention of air pollution. The main pollutants are the product of combusting fuel. They are the nitrogen oxide (NOx) and the sulphur oxide (SOx). NOx emission can be controlled by the design, the construction and the maintenance of the engine. The Annex sets down the standard on the engines for this purpose. SOx emission is controlled by the sulphur content in the fuel that the Annex progressively restricted the maximum sulphur content of marine fuel from above 4.5% to 0.5% by weight. The restriction is more stringent (down to 0.1%) for operation of passenger ships and any ship in specific emission control area such as the Alaska.

Halogenated gas is an ozone depletion agent that this Annex has banned the use on board ships, such as some refrigerants. For the sake of consistency, SOLAS also bans the use of halogenated gas in fire fighting system though it is very effective in extinguishing fire.

There are a number of international conventions, besides Marpol, under the IMO to regulate pollution preventions such as the Ballast Water Management (BWM) Convention, the Anti-fouling Convention, to name a few.

Let us take a look of the BWM Convention and the Anti-fouling Convention.

The main purpose of a cargo ship is to carry cargo. However, when all or most of the cargo has been unloaded, the ship’s centre of gravity becomes high rendering it unstable when subject to the wave motions at sea. Sea water (known as ballast water) is thus taken into the designated tanks of the ship to lower the centre of gravity before departing the port for stability. In the past, the ballast water was then discharged to the sea at the port where cargo was loaded.

Note: Ships may have permanent ballast, usually solid, to adjust its initial centre of gravity. The taking and discharging of ballast sea water is to suit the repeated loaded and unloaded conditions of the ship.

Micro-organisms in the sea water were thus transported from one place to another probably thousands of miles apart. The foreign micro-organisms might pose a threat to the natural local marine environment.

The BWM Convention came into force in 2008 to protect the marine environment from the damage of foreign organisms through approved management of ballast water exchange at sea.

A ship’s hull is painted. In particular, the submerged part is painted to minimise corrosion and to hinder, if not totally avoiding, marine growth on the hull such as barnacle. The marine growth added weight to the ship and made the hull rough (fouling) thus more power was required to move the ship across the water – loss in efficiency. In the past, the common practice was to apply a paint containing biocide, to prevent marine growth by poisoning. However, the biocide might leach into the sea that it poisoned any marine creature indiscriminately – the marine environment was damaged.

The Anti-fouling Convention which came into force in 2008 prohibits the use of biocide in the paint. The convention does not specify what to do, leaving it to the scientists to develop a paint/method to prevent marine growth on the ship’s hull in an acceptable manner.

One method is using coating such as Teflon that prevents larva to adhere. Another method is that the layers of the paint can be washed away by sea water at molecular level when the ship moves. Any larva that has adhered to the layer is washed back to the sea. The drawback is if the ship is stationery for a prolonged time, marine creatures grow.

There are some minor conventions dealing with the financial aspect of pollution, for instance, the Bunker Convention to ensure the clean up work of fuel oil spill will be paid.

Countries are encouraged to work together to prepare for and to respond to pollution, for instance, the Oil Pollution Preparedness and Response (OPRC) Convention which was extended to the Protocol for Hazardous and Noxious Substance (OPRC-HNS).

The maritime industry does care about the environment!