There are numerous international conventions laying down the standards for the member states to implement on the shipping industry. Each convention aims at a particular aspect of the maritime affairs.

Let us have a look at what they care for.

SOLAS – it deals with safety issues including construction, fire fighting, lifesaving, communication, carriage of cargo, navigation, management and security. Besides making rules, it also adopts practice and codes to enhance practice or to elaborate details of the requirements.

For instance, the Britain based private technical consultant Lloyd’s Register of Shipping assigns each ship built in the world an identification number, called Lloyd’s Number. SOLAS adopts this practice that it requires each ship under the convention to have the Lloyd’s number as its unique identification number. In the context of the convention, the Lloyd’s Number is renamed IMO Number. The IMO Number, a seven digit number in Arabic numeral, of a ship is unique to the ship, does not change for life whereas the ship might have changed name, flag, ownership etc. SOLAS also requires the IMO Number to be displayed for viewing from outside the ship for easy identification.

Nevertheless, SOLAS adopts codes developed by the International Maritime Organisation (IMO) Committees to elaborate details in the requirements of a particular area. For instance, the International Maritime Dangerous Goods (IMDG) Code for the carriage of dangerous goods, the Fire Fighting Appliances (FFA) Code for the detailed requirements on the fire fighting appliances such as fire pump, fire control/extinguishing system to be provided/fitted on board a ship, the Lifesaving Appliance (LSA) Code for the detailed requirements of lifesaving appliances such as lifeboat, life raft to be provided/fitted.

There are many other codes mandated under SOLAS and other conventions. When there is need to amend the requirements, it is the relevant code to be updated/renewed without updating the main convention. Thus, time can be saved.

Many conventions and amendments were triggered by incidents whereas the member states recognised the need to establish a convention.

SOLAS was triggered after the sinking of the Titanic in 1912. The convention was adopted in 1914, known as SOLAS 1914, after the United Kingdom had called an international conference in the wake of the disaster. You may note that United Nations (UN) was not existent at that time. Major conferences had been called in order to update convention later, for instance SOLAS 1948.

The first task of the UN specialised agency Inter-Governmental Maritime Consultative Organisation (IMCO), which came into operation in 1958 and subsequently renamed International Maritime Organisation (IMO) in 1982, was to update the SOLAS 1948 to become the SOLAS 1960. The current one is SOLAS 1974 which was specially designed to allow speedy amendments without calling a major conference. As such, it is today referred to as the “SOLAS 1974 as amended”. 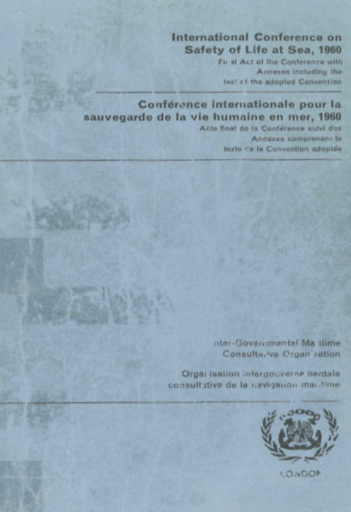 Most of the conventions were triggered by incidents involving serious loss of lives, damage to the environment and/or damage to properties. In some other cases, the development in technology, say satellite communication, may initiate amendment or even a new convention. We learnt and acted. Unfortunately, no convention is bullet proof. Conventions are therefore continuously reviewed. 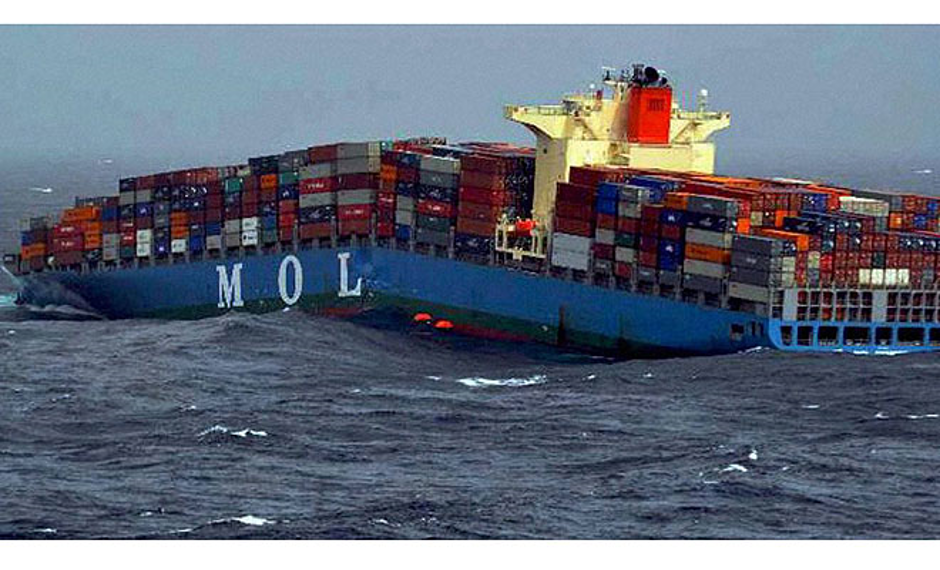 Some important reviews in SOLAS:

The International Safety Management (ISM) Code – it, along with other amendments, was introduced into SOLAS after the incident of the Roll-on/Roll-off (RORO) ship Herald of Free Enterprise (HFE). Vehicles could be driven onto (Roll-on) and driven off (Roll-off) the ship. It was similar to the vehicular ferry carrying vehicles across the Victoria Harbour in Hong Kong. These ferries in HK provided the only means to carry vehicles across before the cross harbour tunnels were built. Today, most of the vehicular ferries had retired but a few still serving to carry vehicles loaded with dangerous goods, such as LPG bottles, to cross the harbour.

Note: dangerous goods is not allowed to enter into any tunnel.

HFE carried vehicles to cross the English Channel between England and the Continent. The voyage was international. The ship was of closed type in order to endure the hazard of crossing the sea. The ship’s bow (the front) could be opened as if doors to allow vehicles to roll-on and roll-off. The bow doors must be closed before sailing in order to maintain watertight integrity. The vehicular ferries in Hong Kong operate only in the harbour where is well sheltered and relatively smooth that the ferries can be of open type.

HFE capsized soon after leaving the Belgian port of Zeeburge on the night of 6 March 1987. 193 passengers and crew lost their lives with hundreds injured in this incident. The most probable cause of the incident was that the bow doors were left open upon sailing. The opening allowed ingress of large quantity of water on sailing in a very short time that the ship became unstable and capsized soon.

The cause was believed to be attributed to the failure of shipboard management system that there was no positive means to ensure this vital step had been completed satisfactorily.

Apart from amendments such as strengthening the structural/stability criteria, the ISM Code was introduced requiring an applicable ship to establish and implement a safety management system on board in conjunction with the operator ashore. However, it took years of discussion amongst the IMO Member States to finally put into force in 1998 as part of SOLAS. 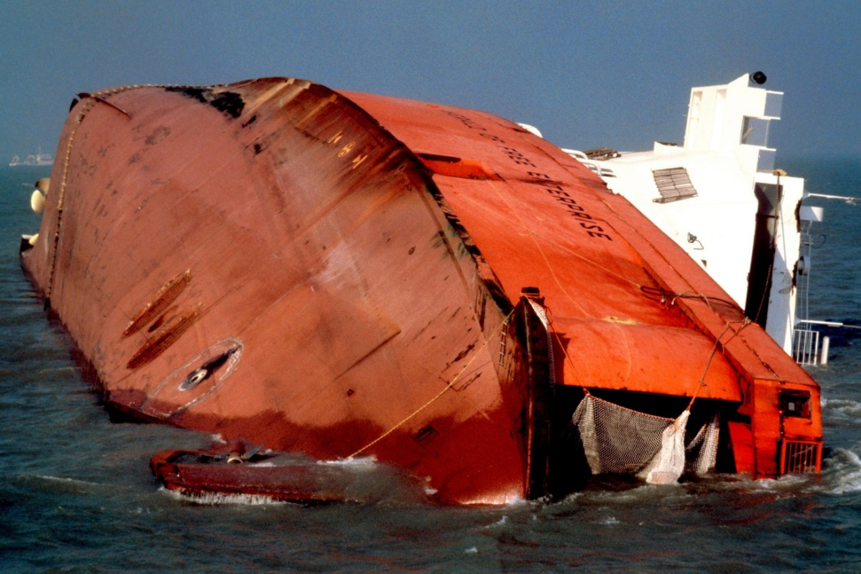 Besides setting a management system for safe operation of the ship, the ISM Code defines the authority and the responsibility of the crewmember on board and the operational team ashore.

A side story – it had been argued in the past who was the command of a ship, the captain or the chief engineer. The captain led a team to navigate the ship. Could the ship be navigated without propulsion power generated by the engineering team led by the chief engineer?

The ISM Code clearly assigned the captain, who in another term the master, of the ship to have the overall authority and the overall responsibility. Thus, it is official that the master (captain) has the overriding authority and is in command. However, the master is also overall responsible though it may not be his fault or he has no knowledge, say the engineering team had polluted the sea. The master also would be prosecuted even he had no knowledge at all about the fraud .

The International Ship and Port Facility Security (ISPS) Code – this code was introduced in response to the “September 11” attack in New York in 2001 to detect security threats and implement security measures; to establish roles and responsibilities concerning maritime security for governments, local administrations, ship and port industries at the national and international level.

The Code came into force as part of SOLAS in 2004. It took just 3 years compared with the ISM Code taking more than 10 years to complete the process. This was attributed to “Tacit Acceptance”. Briefly, a date was agreed and set that the issue would be considered accepted thus in force by that date if the number of objections formally raised had not reached a specified level. The process was expedited in view of the imminent terror threat. 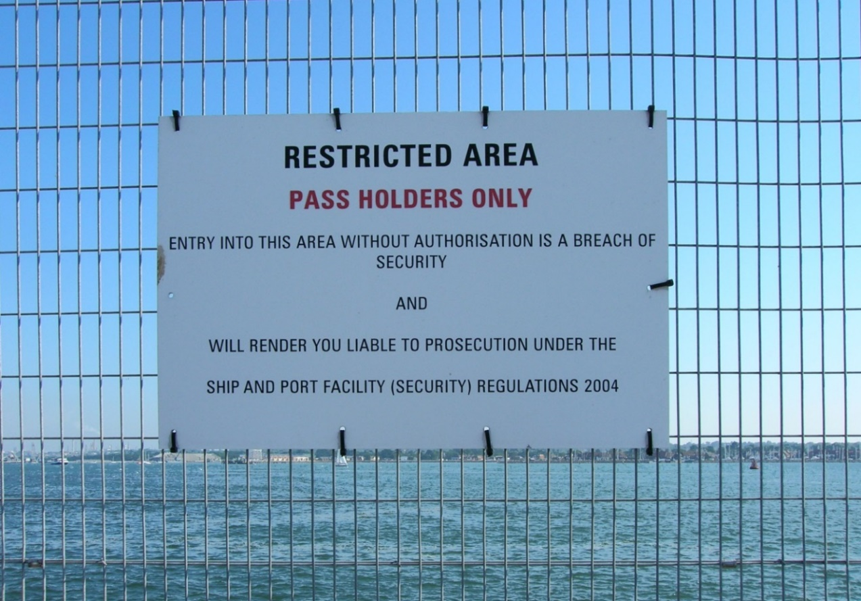 IMO does not matter for maritime affairs only. Both the ISM Code and the ISPS Code link the ship with the shore based bodies.

We may discuss other major conventions in the future.